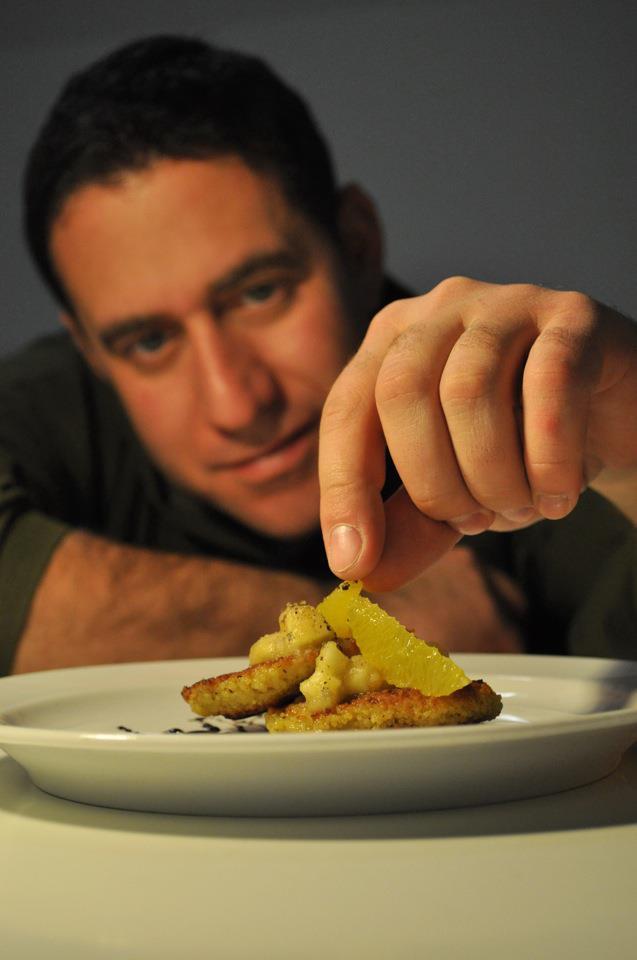 “Leo, get the hell off the line, you’re done here, you’ll never make it in this business, clock out, get your stuff and get the f**k out of here, I don’t want to see you again…”

It sounds very cliché when you think about it. Like something out of a typical American movie or book, where the underdog is getting beaten until he rises up. And of course, that’s almost exactly what happened.

As the fact is that the Chef is always right, I put my head down and left the line. But of course I didn’t clock out and didn’t leave work. I had invested too many resources in my culinary education, I am way too stubborn, and I wanted to prove to myself and others that I could do it. So, I went into a large walk-in refrigerator, the size of a room, and started organizing everything. This gave me ample time to calm down, reflect on my failures and devise a prudent plan to reorganize myself into what the chef requires. It wasn’t about a few minutes of me organizing everything in the fridge, when the Sous Chef came in and told me to get back “in there,” as they needed my help. I eagerly accepted the request and with my head held high and shoulders back, I got back on the line and finished my shift.

After some years of line cook work and even working as a Sous Chef, I took some time out of my schedule and decided to visit my former home of Ukraine in 2005. I stayed there for a couple of months just enjoying myself. I even ended up meeting Vladimir Klitschko, however, I didn’t realize it at the time while I was sitting across the table from him pitching myself as a culinary consultant for his business in Kiev.  The job was fun and paid me in one week what the average person made there in two months.

When I returned to the US, I moved to New York and ended up working at SOHO House, a private club for stars like Oprah, Madonna, Robert DeNiro and many others. It was even featured on Sex and the City once. I enjoyed my time there, moving up from a vegetable cook position, to lead line cook. The management, however, was something to overcome. The Sous Chef was the angriest boss I have ever worked for and often made the new guys cry.  He, and the rest of the management team, for one reason or another were Brits. It was something like Gordon Ramsey, but often the same yelling and screaming without any reason. He had an interesting management style about him: he would first, at the interview tell the new guys how bad and lazy everyone is, in a way build up their ego to make them feel superior to the established crew, as if they are the heroes that will save the restaurant and the crew. I know because he did the same thing with me. After the interviewees were hired, a surprise awaited them, as he would wail the worst insults and pressure upon them. It was a sad spectacle, seeing a guy 23 years of age, father of 3, cry his eyes out in a storage room, while you console him. I think that was the only time in my career when I felt like I have nothing to lose and told the Sous Chef what I think about him in front of everyone to his face. Of course I wasn’t fired, he respected people that stood up to him and by that time, I was a great line cook with years of experience. He spoke to me differently afterwards.

What drove me to persevere in the face of failure, stress, fatigue, and the kitchen heat was my stubbornness and the American work ethic instilled in me from a young age.  I have used my experience in the business world up until now and am glad for the trials and tribulations that I have experienced.