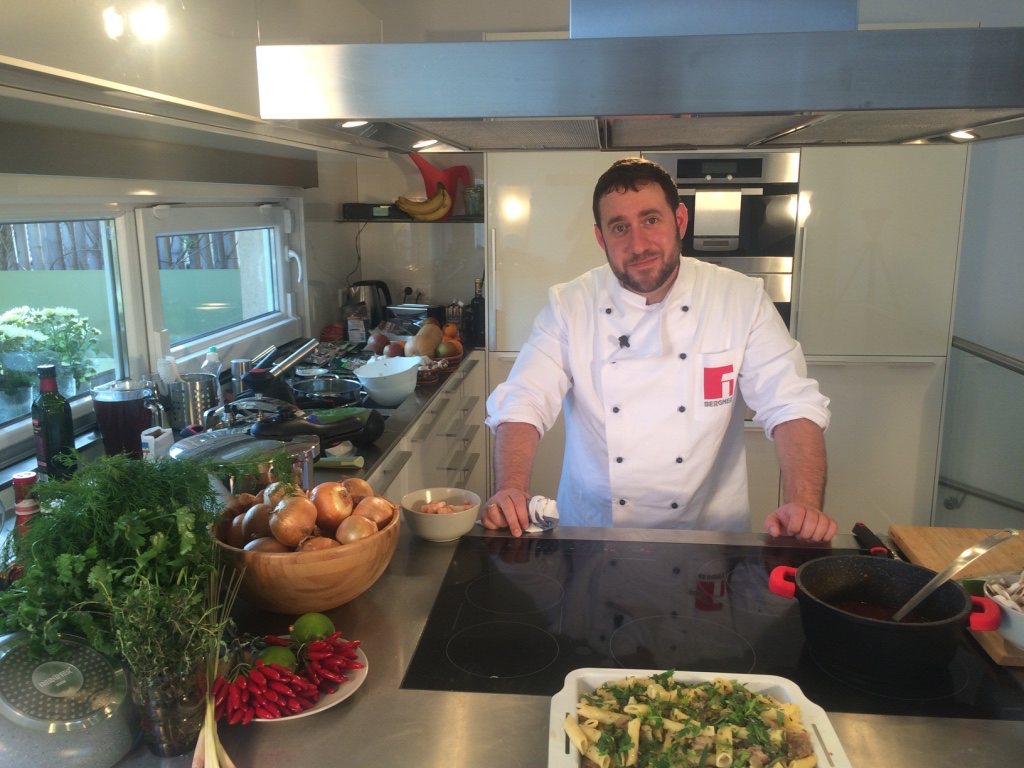 Around the time of the September 11, 2001 attacks, I was attending culinary classes at a local community college, DVC (Diablo Valley College, Pleasant Hill, CA). Shortly before that, I spent the summer in New Jersey, almost fresh out of High School, working at a retirement facility, learning the ins and outs of a large kitchen. After a semester of culinary classes at DVC, I transferred to the California Culinary Academy in San Francisco. During my time there, the school was incorporated into the Le Cordon Bleu curriculum program. The famous chef Julia Child attended the Le Cordon Bleu program in Paris .

It was a pricey education in 2002, $40,000 for around 16 months, including an internship, not provided by the school, I head to search for it myself. Many years after my graduation, the school was involved in a class action lawsuit against it by disgruntled former students. They had a point, the recruiters did promise the world to all of us in the beginning. They were quite unscrupulous and made one believe that he will come out an Executive Chef earning almost $60,000 per year. For 99% of the graduates, that was not nearly the case, however.

So I started small, where I did some stints washing dishes, cleaning floors, preparing salads and serving buffet food at a retirement home in Pleasant Hill, CA. I was actively looking for a better, more prestigious job and restaurant, and I finally found it in San Francisco on Pier 33 at the Butterfly Emarcadero Restaurant. I began my career there when the restaurant was up and coming, and was only open for a few months at that location. Unfortunately, after 15 years, they closed their doors in 2017. I, of course, had to embellish my experience to get a line cook job there. I wasn’t proud of it, but after having spent so much money on the culinary academy, I felt I was ready for a greater challenge.

I was a complete failure! I was a failure from the get go. In all, the skills and theory we learned in culinary school, did not prepare us nor myself for the real world of a fine-dining fast-pasted kitchen. It usually took me a while to learn the dishes. When I did, the hardest part was during peak dinner rush. If you haven’t watched any episodes featuring celebrity chefs like Gordon Ramsey or Anthony Bourdain, let me elaborate.

In such a kitchen, there is usually a person on the grill station, on the sauté station, on the hot appetizer station, and the Garde Manger station, a French term which refers to cold dishes, hors d’oeuvres and salads, not to be confused with garden management. I bring up the last point, garden management, because in culinary school, the unscrupulous recruiters were often overhead leading potential students from class to class referring to the Garde Manger class as garden management, and making up stories about students doing outside gardening work. But that’s beside the point.

During the peak of the rush, each person on each station has about 20 complex dishes that they have to cook, set-up, plate perfectly and consistently within 5-10 minutes. It usually looks something like this or this. When orders from customers come in (usually within a very short timeframe) all the cooks on the line (in the kitchen) communicate non-stop with one another and the chef calling out the orders to have the food freshly cooked on time.

My eagerness to succeed and excel was my undoing at first. During such a rush, I slowed down, put cold food on hot plates, and hot food on cold plates. I took shortcuts and the quality of the food decreased significantly. It was either under cooked or over cooked. The plating was wrong and inconsistent. I did not taste it so it was under or over seasoned. I did not communicate with the team, nor did I have all of my Mise en Place in place, and that was the final straw for the chef. I will never forget those words: “Leo, get the hell off the line, you’re done here, you’ll never make it in this business, clock out, get your stuff and get the f**k out of here, I don’t want to see you again…”